Super - A and Colin Van der Sluys.
One of the most gorgeous street art spots is the railroad bridge near the Park Abbey entrance that got transformed 2 years ago at Easter.  The birds and flowers refer to the nearby nature at the domain of the abbey with its ponds, fields and orchards.  Two Dutch artists won the project from the neighbourhood and the city of Leuven.

The entrance of our boys' little school got a gigantic gorgeous owl on the facade. 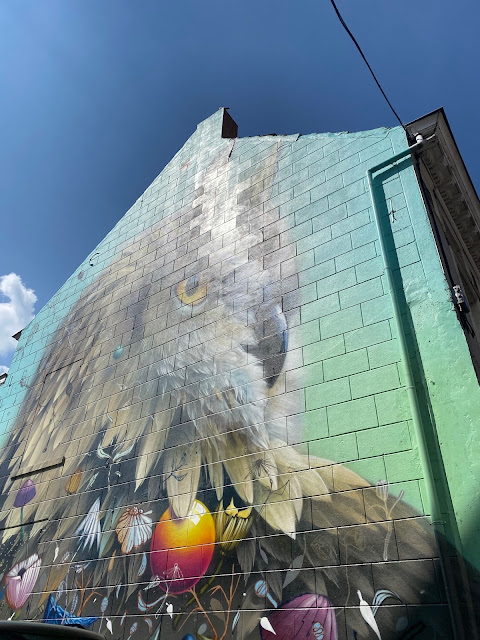 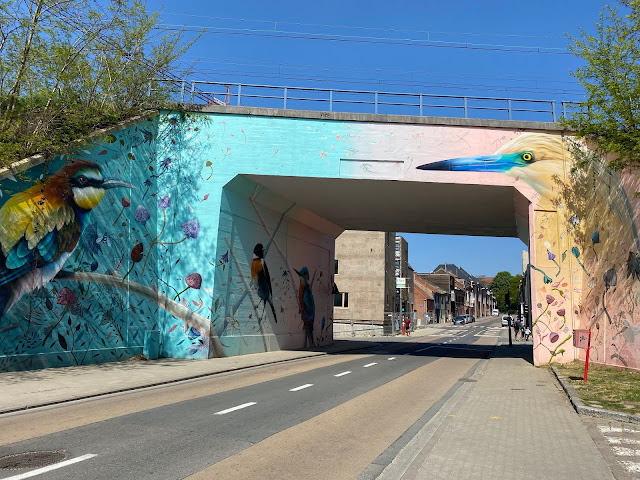 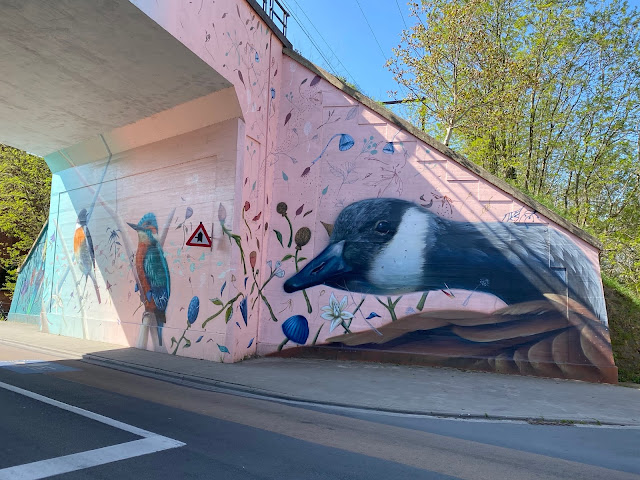 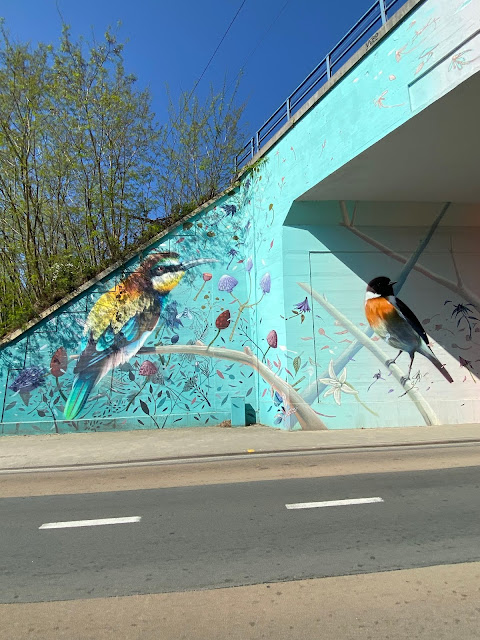 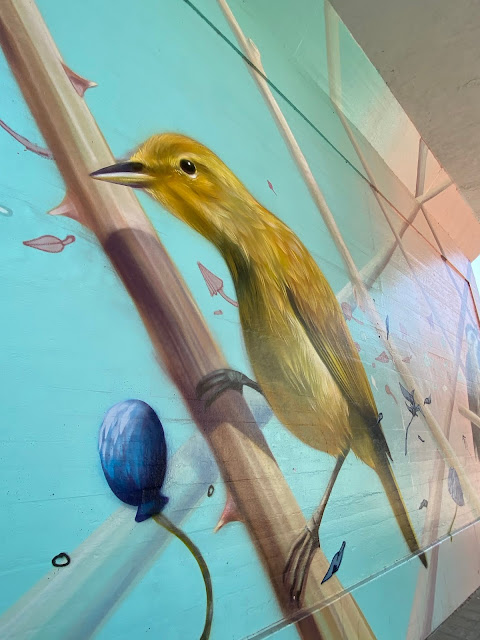 More nature to be spotted in Leuven 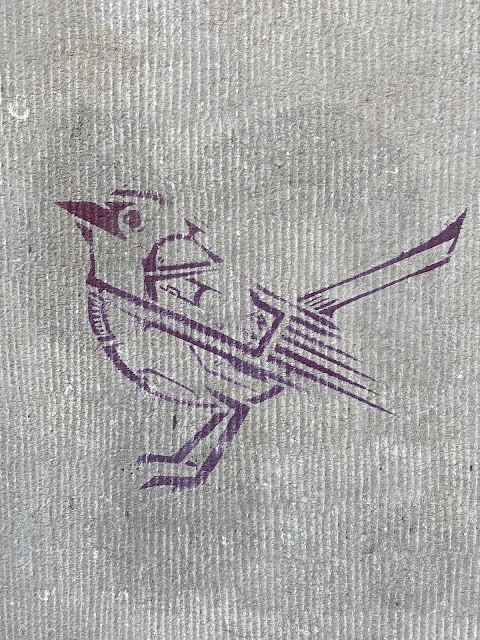 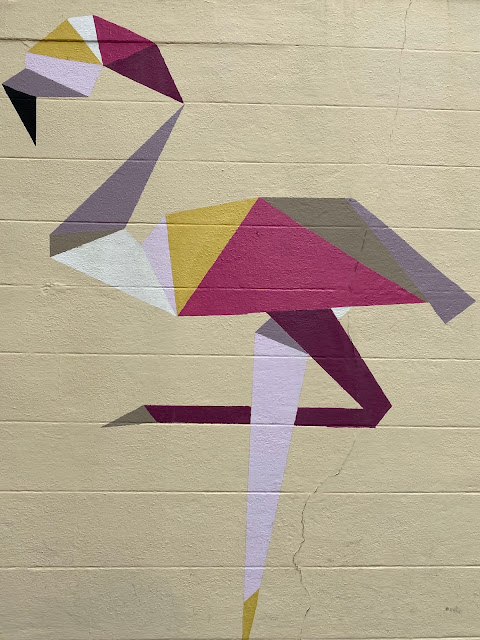 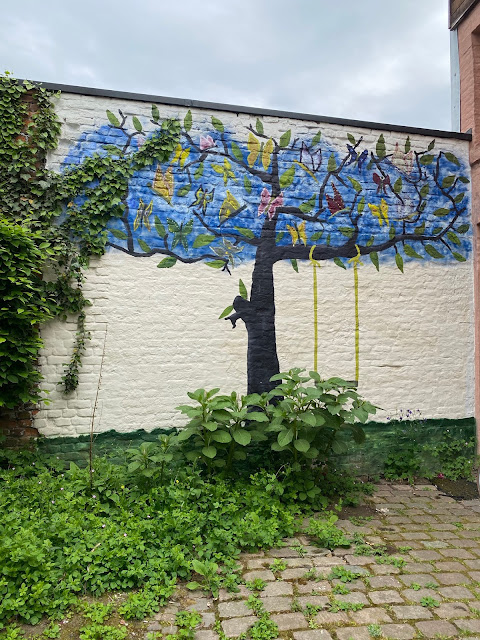 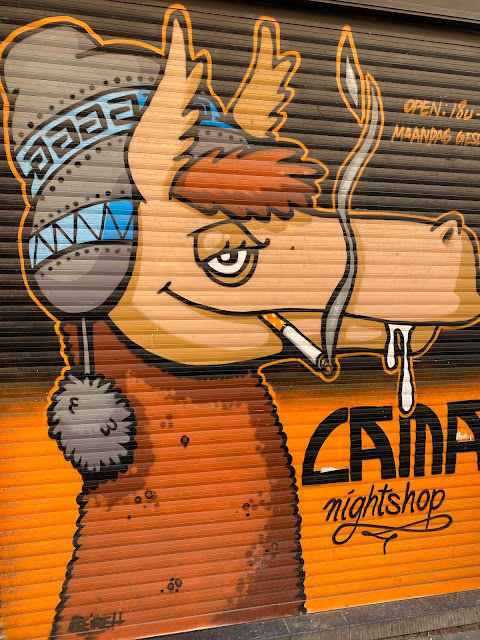 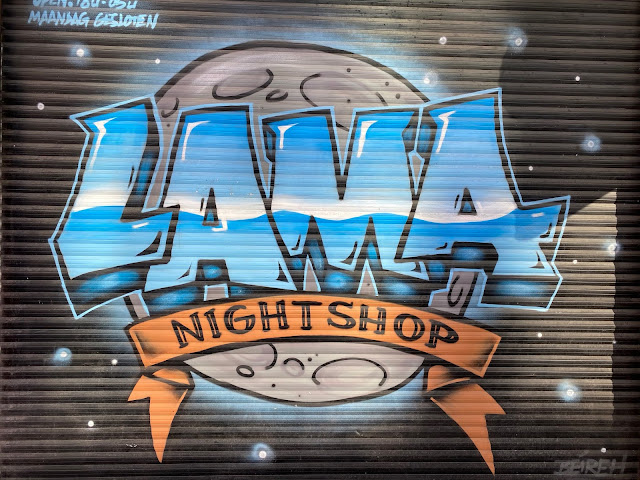 In the city park the kiosk features a giant Greenlandic whale, by Wide Verknocke, which refers to the Zoologic Institute by the university across the street. That institute features the skeleton of a whale in its little museum. 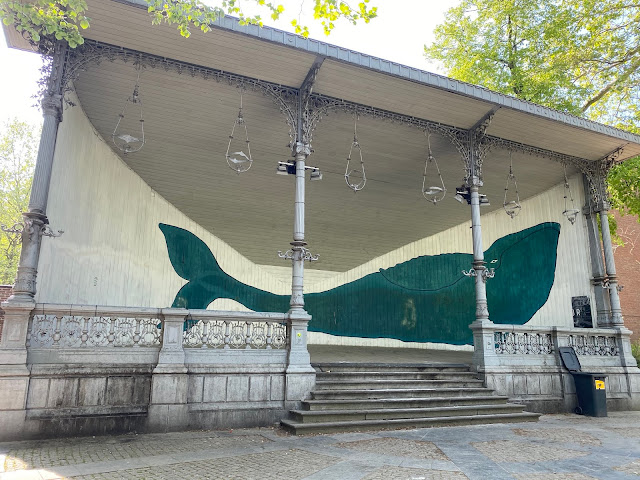 This wall isn't painted street art, but this mosaic wall cheers up the Vounck square connecting the busy restaurant street Munstraat and the city center. The wall is commissioned by the coop Cera in 2017 to celebrate its 125th anniversary and shows the nearby village of Rillaar where the first Cera bank was founded. 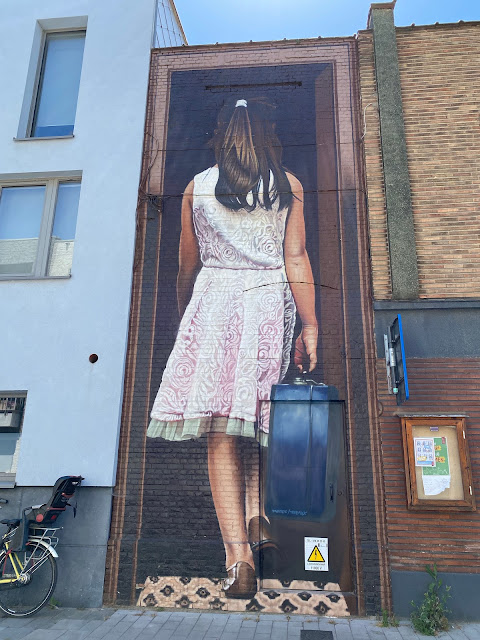 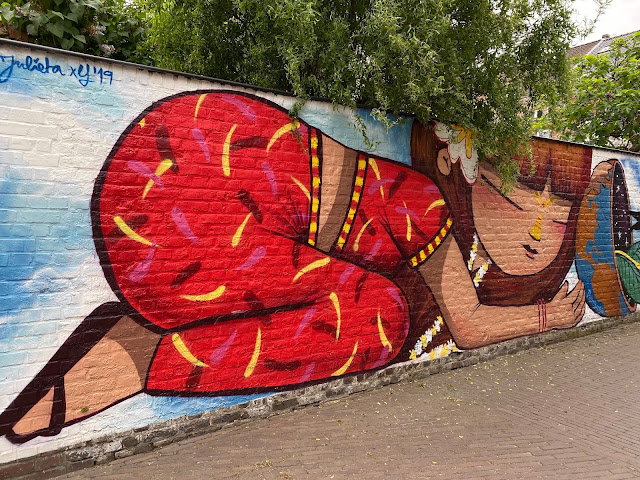 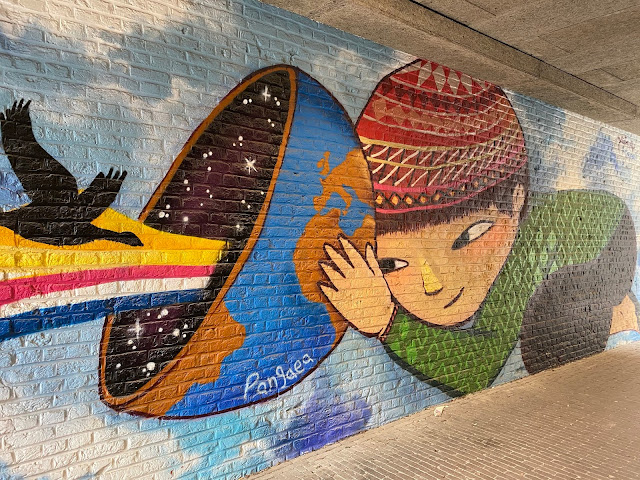 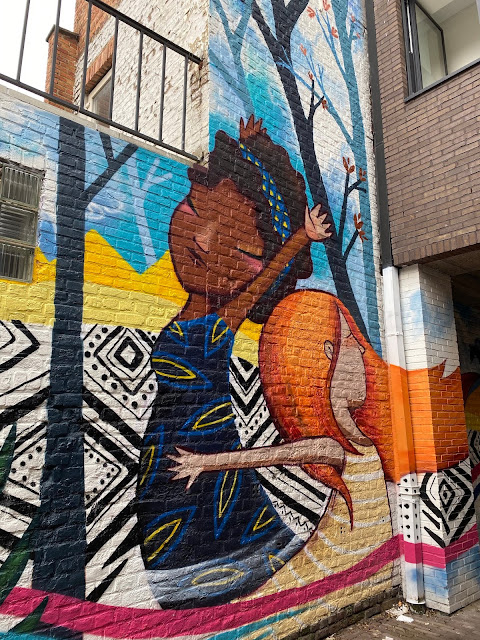 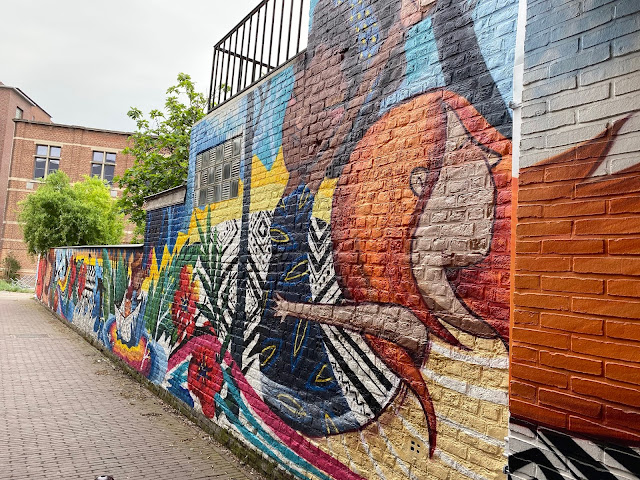 Leuven silhouette mural in Brusselsestraat, featuring the famous statue of the Kotmadam, the Sint-Maartendal towers, the city hall, etc. 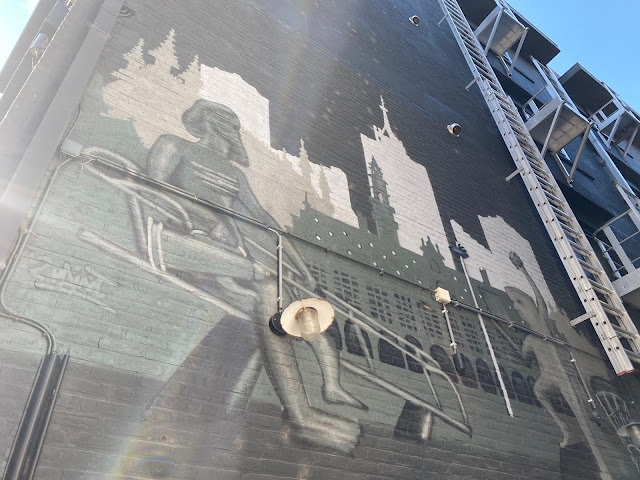 Straatletters decorates renovation wooden plates and temporary constructions with motivational handlettering graffiti.  His art that always shows up in Leuven on new places, temporarily, often brings me a smile.  Construction sites have received a positive vibe by him. 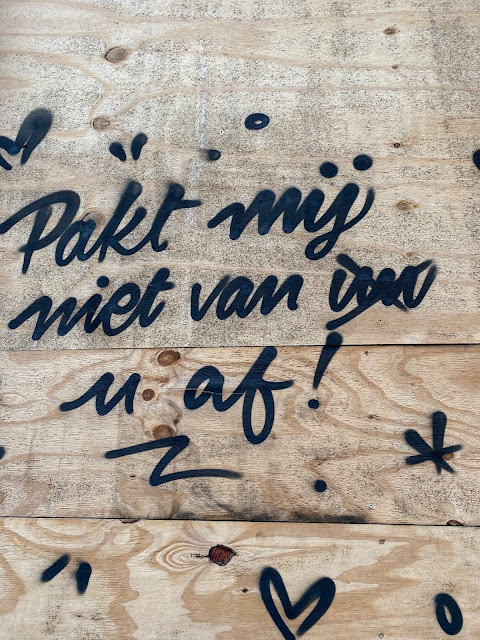 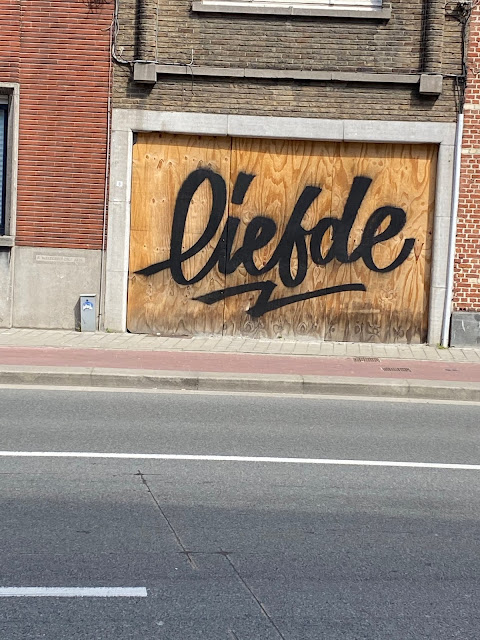 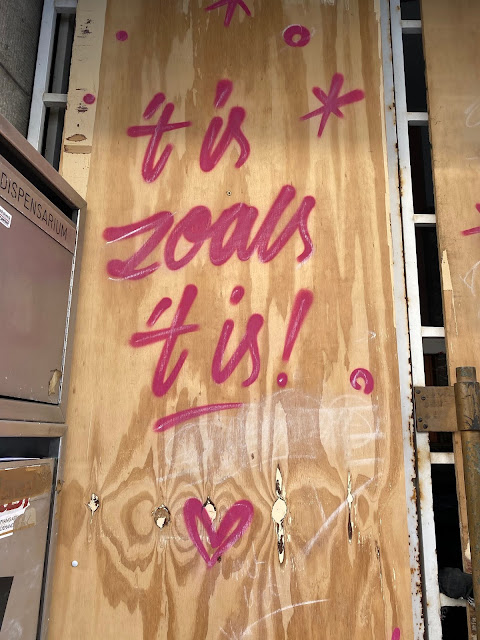 Luis Manuel Lambrechts seems to become more and more present in Leuven. In the first post I posted a mural that seems inspired by Miro but in this mural it is clearly Magritte who was in his mind. 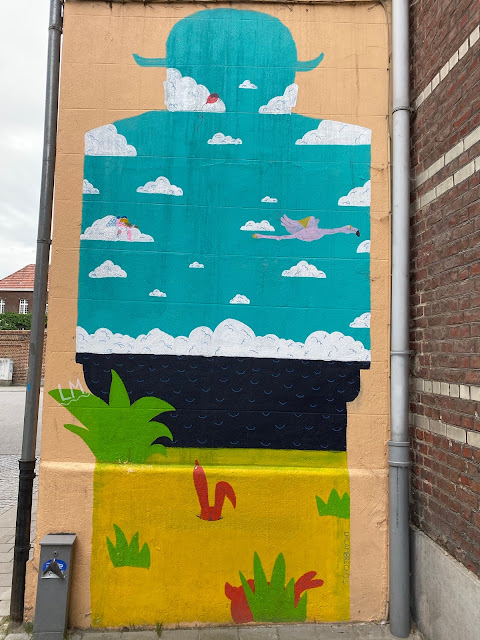 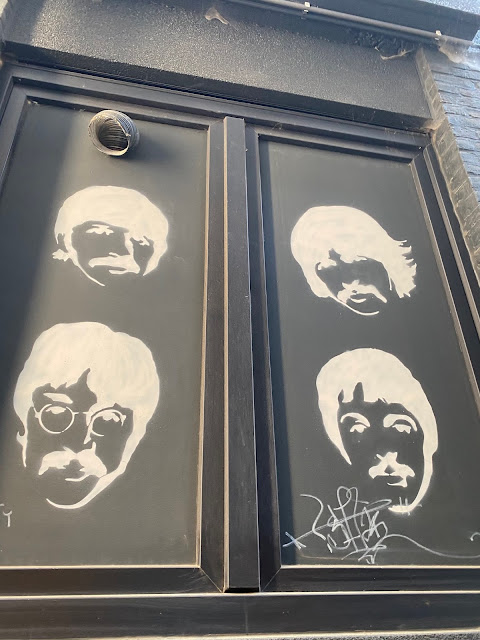 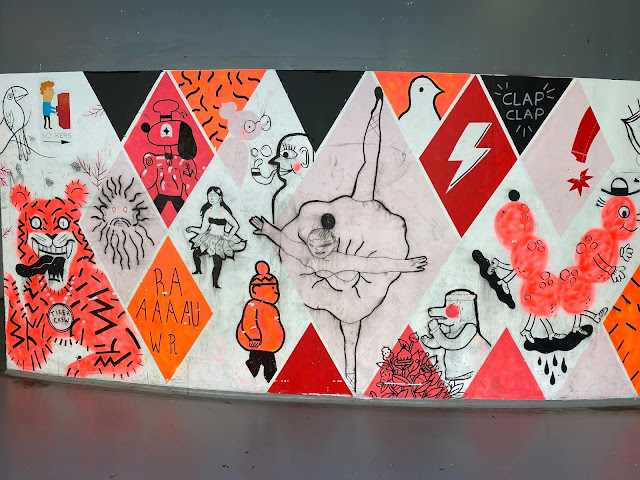 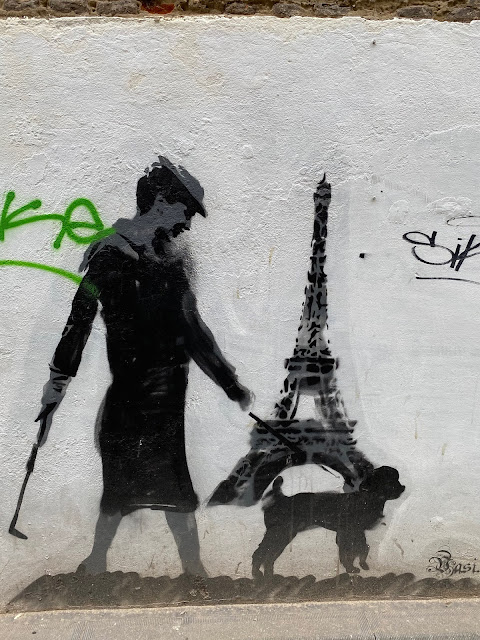 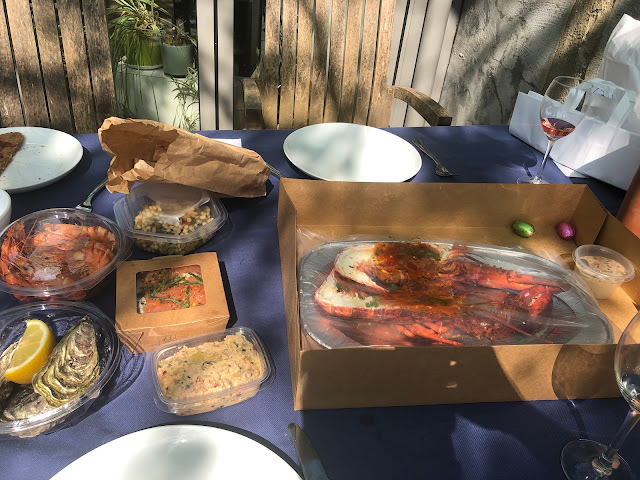